What is war pong? 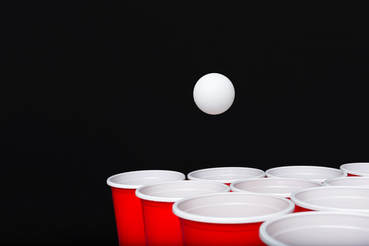 Traditional "Beer Pong" is said to have started sometime in the 1970's and that makes the game at least 40 years old.  Over this time, millions of people have enjoyed playing it in their homes, at tailgates and in college campuses all over the United States and while the game is still very fun, it has essentially remained unchanged until now...

War Pong leverages some of the game play aspects of traditional Beer Pong (i.e. Solo Cups, throwing a ping pong ball and removing made cups), but that is where it ends.  War Pong is its own game platform which uses multi-colored dice, multi-colored chips, custom dice, ping pong balls, 42 cups in five different colors.  The current kit comes with instructions for playing 14 plus games - each game being very exciting, fun and entertaining to play. 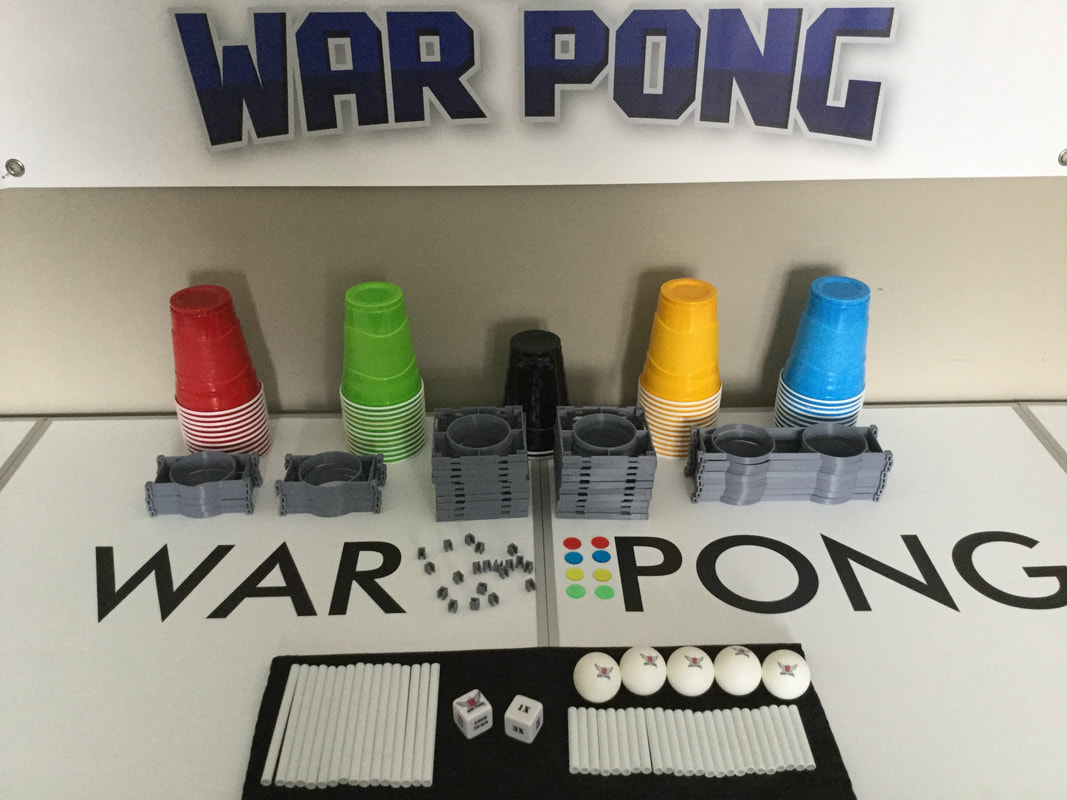 The War Pong kit contains all of the following:

It is our sincerest goal to take traditional Beer Pong to the next level.  We want all of the fans of Beer Pong to embrace War Pong as a game platform that allows the consumers of War Pong to use their imaginations to create as many game variations as they are able to conceive.  We have developed 14+ games currently, but when the War Pong community starts using the game kit to generate new games they enjoy playing, we fully anticipate the number of games to grow each and every year!

​Our Kickstarter launch is scheduled for late April 2019 and with your support, War Pong will become a reality that tens of thousands of consumers will enjoy year after year.
To Learn more about War Pong Games:
War Pong Games - Learn More
Proudly powered by Weebly
UA-148111178-1